Switching from GNOME to KDE

Today just something personal as I found nowhere a proper solution.

I am a GNOME user since years now and while it still is ok (yes even the switch to v3) there are some tiny things annoying me since a while.

The main issue for me is not the very limited configuration options to be honest. It hurts a bit – even with the gnome-tweaks tool we have – but I can live with it. That’s what I thought at least..

A very nice one is having indicator applets doing useful stuff (like controlling my CPU speed etc) but those breaking often due to recent gnome updates in the past.

Shortly I switched my laptop config from intel+nvidia hybrid configuration to pure Nvidia with proprietary drivers and encountering often heavy hangs when i.e. opening the activities or playing a video.

The most annoying one though on GNOME is that the tweak to show my desktop icons breaks often – now since 1 week and I really like to have that. Having the current running applications in the dock when minimized and window hidden is a tweak (TopIconsPlus) which broke in the past as well and sometimes having issues. So.. I thought maybe.. it’s time to look around again.

I was really.. how should I say it nicely.. well: I was really not a friend of KDE… ;) Ok the last time I really tried it was about 5 years (or more?!) ago and I was disappointed about how it behaves, the incredible amount of dependencies here and there and the RAM usage and performance. It always felt like KDE wanted to look like Windows.. with all the bad coming with that.

Now its 2019, we have Plasma 5 and I thought why not give it a try? Here I am. Using Plasma 5.15 ( + Xorg, as Wayland support is quite new and for Nvidia buggy) since 2 days and what should I say? I write even a blog post now because I am so heavily impressed (and surprised) of it.

Yea I said I do not need the desktop customization in GNOME but having so much options in Plasma now.. I really enjoy tweaking every bit here..  and the performance? absolutely perfect – even better as in GNOME, wth.. ?! I mean great stuff devs, really. I encounter same desktop hanging in KDE and I strongly believe that this is coming from the nvidia drivers as it happens since then. But the important part on KDE/Plasma now is it happens only when using the default ALT+TAB window switcher. I simply changed it (System Settings -> Application Switcher -> 3D window gallery) and besides the fact I like that switcher more anyways it eliminates the hangings. Video playback is fine here though without any changes.

Here some tweaks I made as well..

New since (iirc) Plasma 5.13 is the possibility to use the META/SUPER key as a hotkey/shortcut only. Here are 2 ones I tried while I am on the second one right now (as it feels like GNOME):
Like the GNOME ALT+F2 (search command/files..):
kwriteconfig5 --file ~/.config/kwinrc --group ModifierOnlyShortcuts --key Meta "org.kde.kglobalaccel,/component/krunner,org.kde.kglobalaccel.Component,invokeShortcut,run command"
Like the GNOME activities (without opened windows) – my favorite and it took me a while figuring out how to configure dbus (qdbusviewer is a very nice tool btw):
kwriteconfig5 --file ~/.config/kwinrc --group ModifierOnlyShortcuts --key Meta "org.kde.plasmashell,/PlasmaShell,org.kde.PlasmaShell,activateLauncherMenu"

Do not forget that you need to reconfigure KWin to apply the above:
qdbus org.kde.KWin /KWin reconfigure

I moved the dock to the top (like GNOME, yea I like it that way) and added a second one at the bottom (which auto-hides and contains some favorite starters) and configured the hot corner at left top (like in GNOME) to be more sensitive and a left bottom one to show my desktop as well. Yea and some spacers in the top dock, moving the clock.. GNOME is back ;) just a better one.. 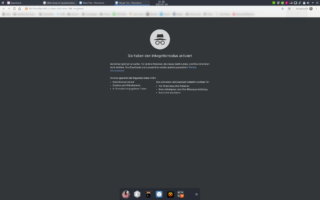 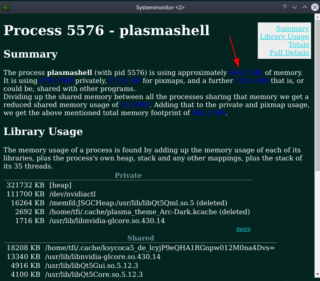 I guess there is more to come (5.16 is out with heavy Nvidia related optimizations) and here some great pages to find some useful other adjustments and hints:
https://zren.github.io/kde/
https://wiki.archlinux.org/index.php/KDE